Armenian Street in George Town, Penang is not just all about street arts. Along the one-way street is a "Tua Pek Kong" Chinese Temple which is one of our favorite spots in town. Built in 1850's, the temple is simply called "Hock Teik Cheng Sin" - the formal name for "Tua Pek Kong". Inside the building houses four affiliated societies, namely Tong Kheng Seah, Poh Hock Seah, Cheng Hoe Seah, and Hokkien Kongsi. It used to be a headquarter of a secret society called Kean Teik Tong. Want to know more? Read on! 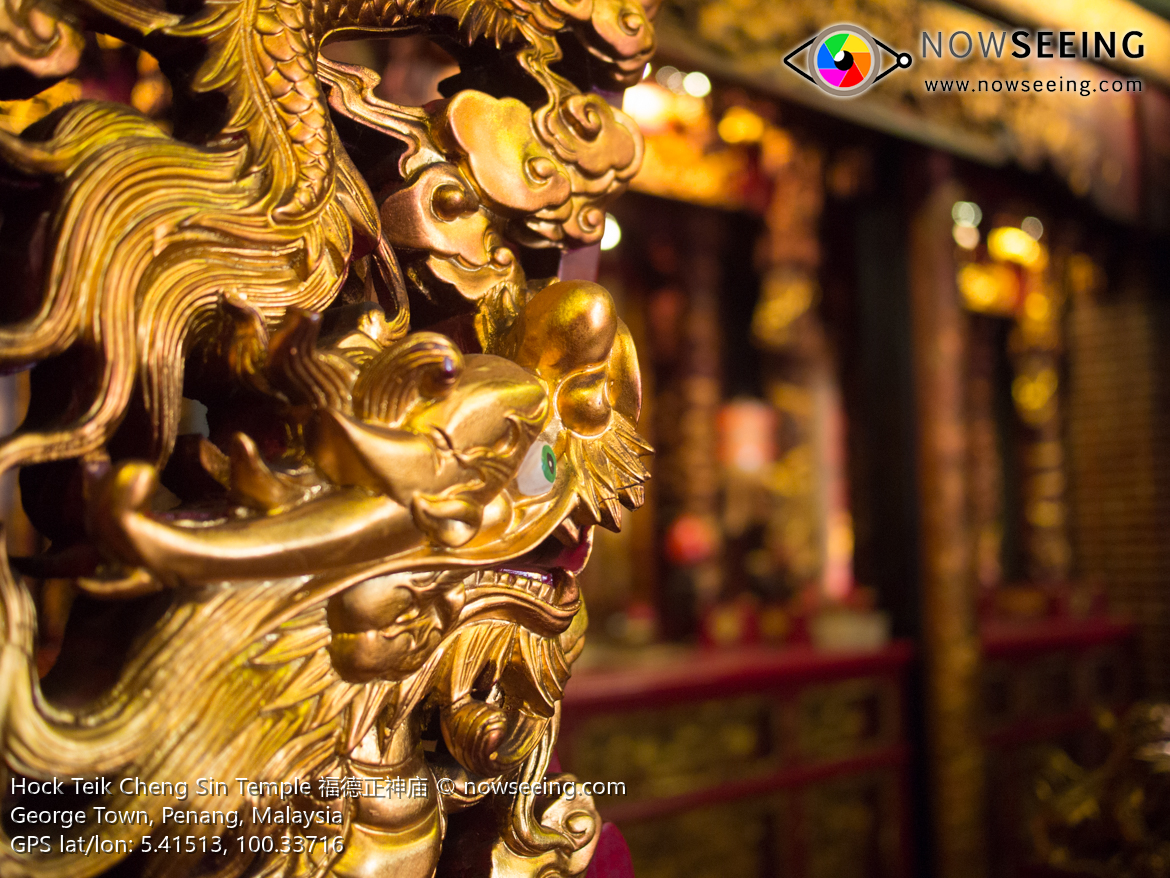 To look back its 100 over years history, one has to trace back to its origin from the, once, secret society belonging to the Hokkien clan - Kian Teik Tong. Kian Teik Tong was an influential and one of the well-known secret societies in the 19th century, with members from rich businessmen to petty traders. Its objective was to protect and safeguard the livelihoods and the positions of its members who resided here locally. Kian Teik Tong worshipped the idol of Twa Peh Kong as the saint for uniting its members. Kean Teik Tong also known as Twa Peh Kong Hoey (Society). After ten years, its power extended and often came into conflict with other secret societies over the dispute of controlling rights and fight for their economic benefits and that became more acute day by day. Finally, the "Penang Riots" broke out in August 1867 and continue fighting in Georgetown for 10 days, and the Colonial Goverment had to send arms to suppress the riots.

To stamp out secret societies totally and to suppress the fights between them, the "Secret Society Act 1889" was gazetted and came into force the following year, thus all secret societes were banned. Kian Teik Tong becam an illegal organization on 21-August-1890 and had to be closed down. However, its properties, personnel affairs, management, religious activities and etc were all taken over by Poh Hock Seah, except that it is no more a violent society, not as in the past. 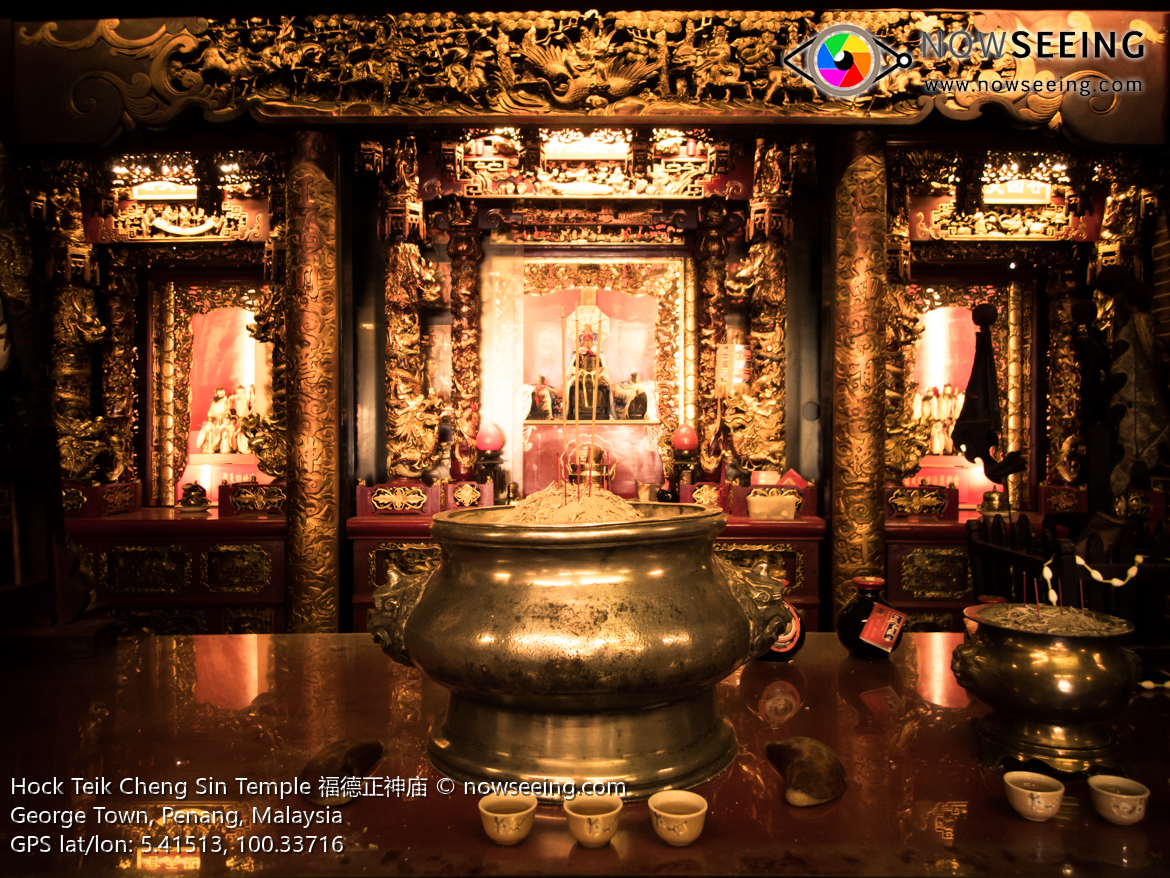 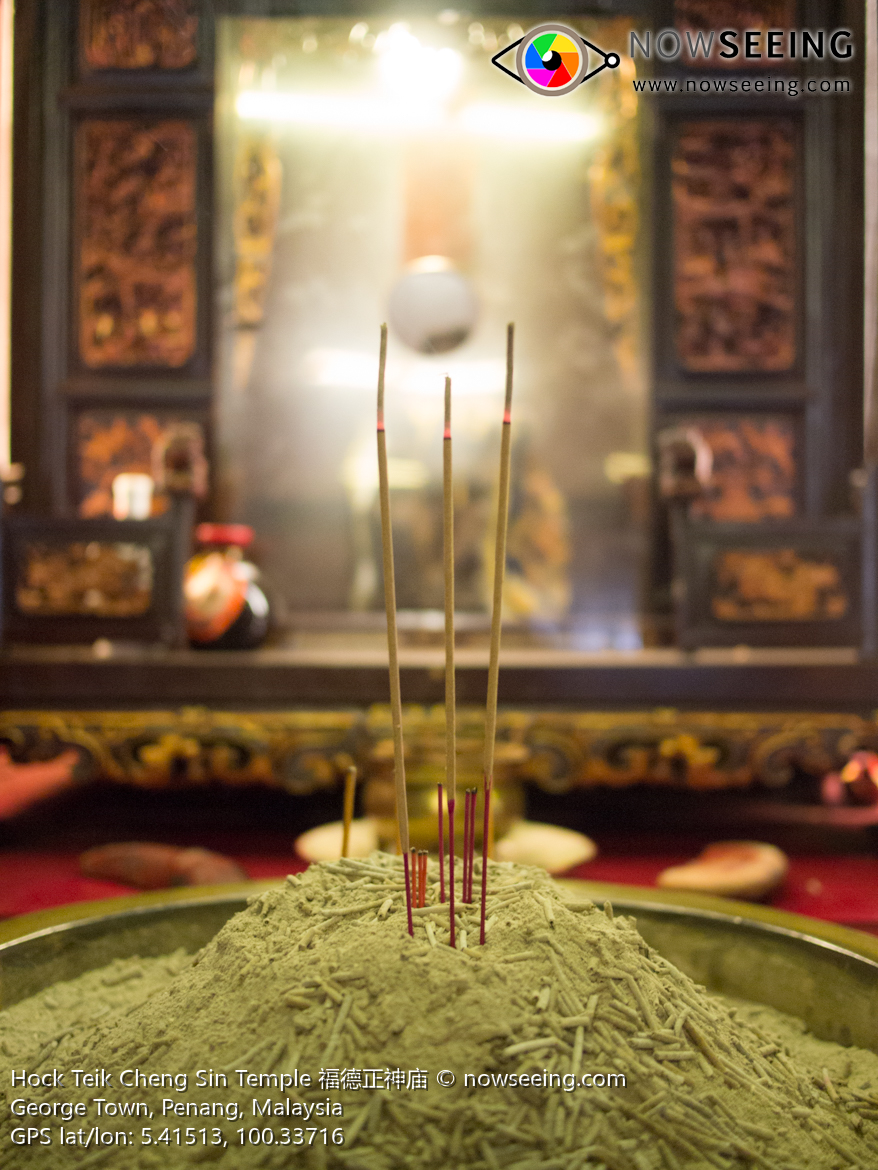 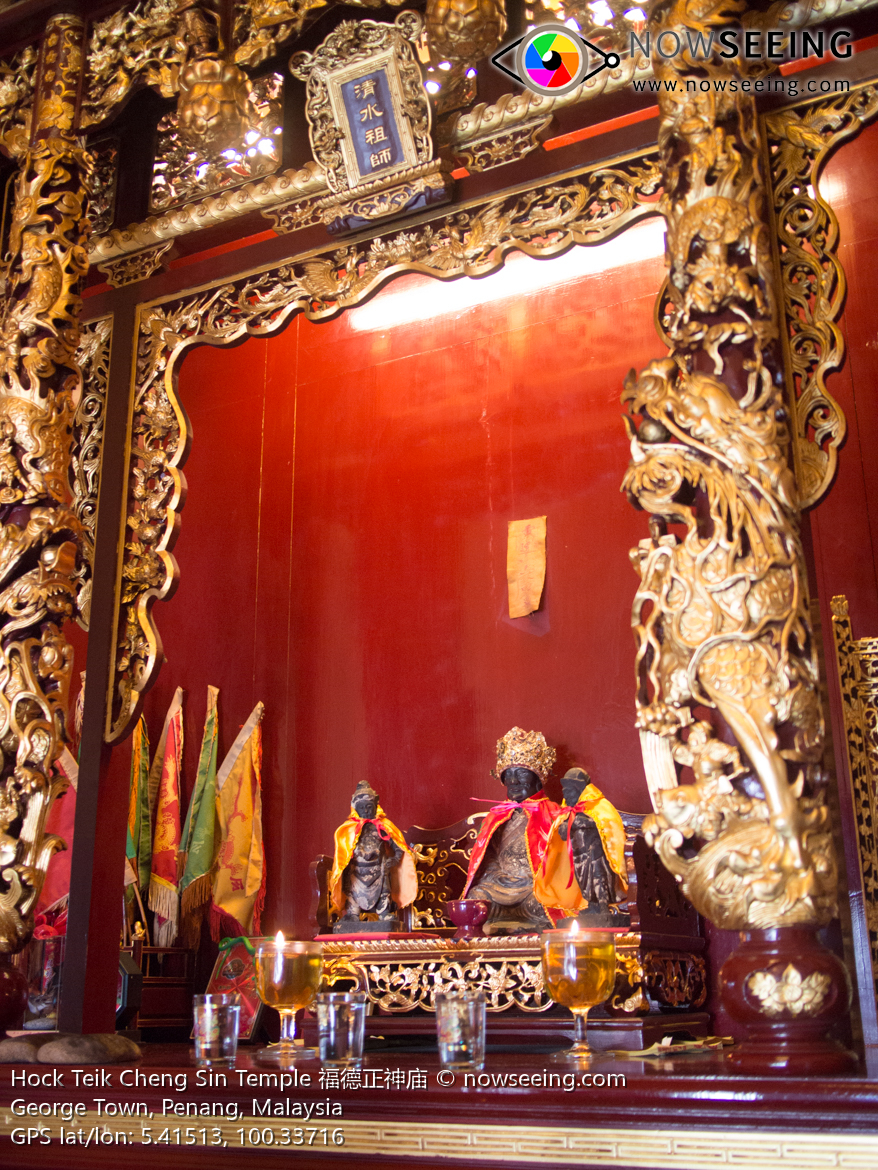 Any different between Cheng Hoe Seah and Tong Kheng Seah? Basically, they worship different deities. Cheng Hoe Seah worships the deity "Cheng Chooi Chor Soo". "Chor Soo" is an honorific title for a person revered by a community. The deity is also known as "Chor Soo Kong" (The Much Honoured Chor Soo) by the Hokkiens. He was born during the reign of Emperor Ren-Zong (1023-1063) in the province of Fujian. He became a Buddhist monk at a young age and was given a Buddhist name "Pu-Zu". With his extensive medical knowledge, he was held in high esteem by the Chinese because of his great virtues and wisdom, and for his invaluable services to the community during his lifetime. 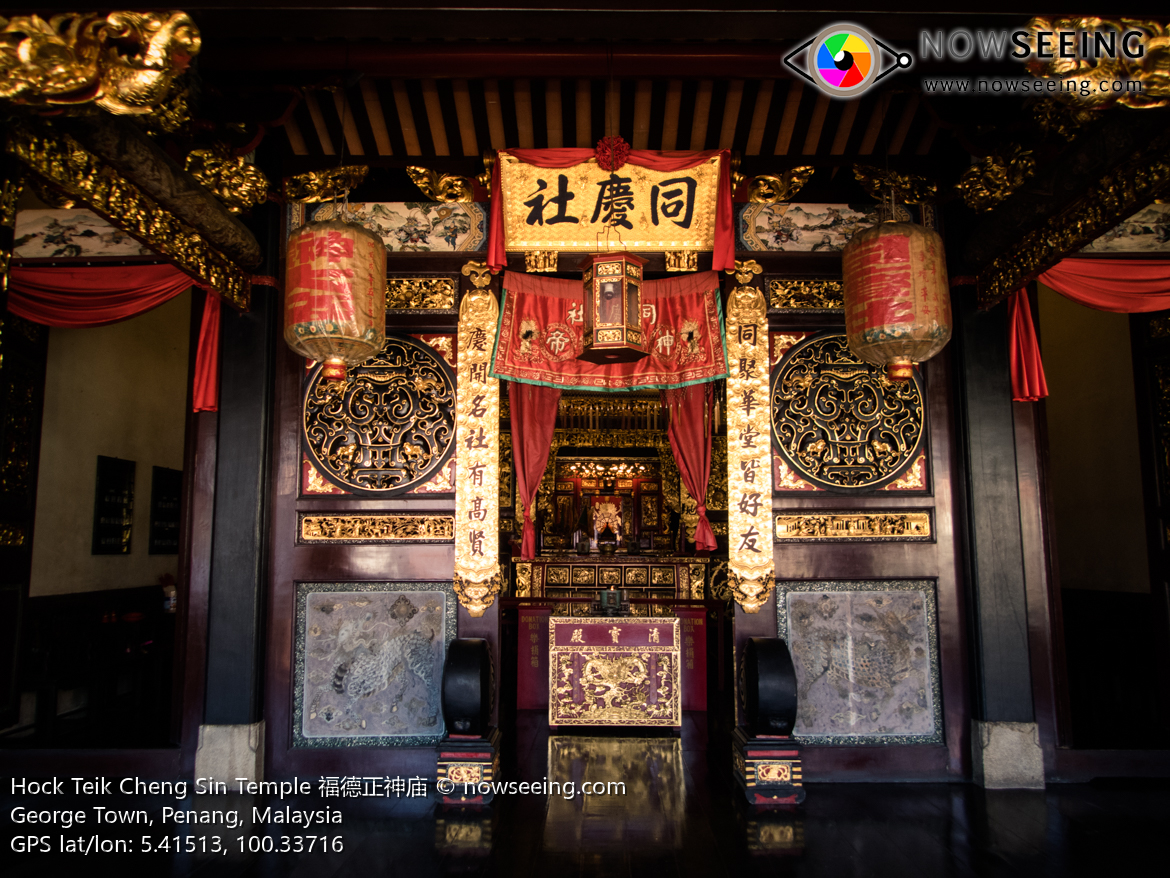 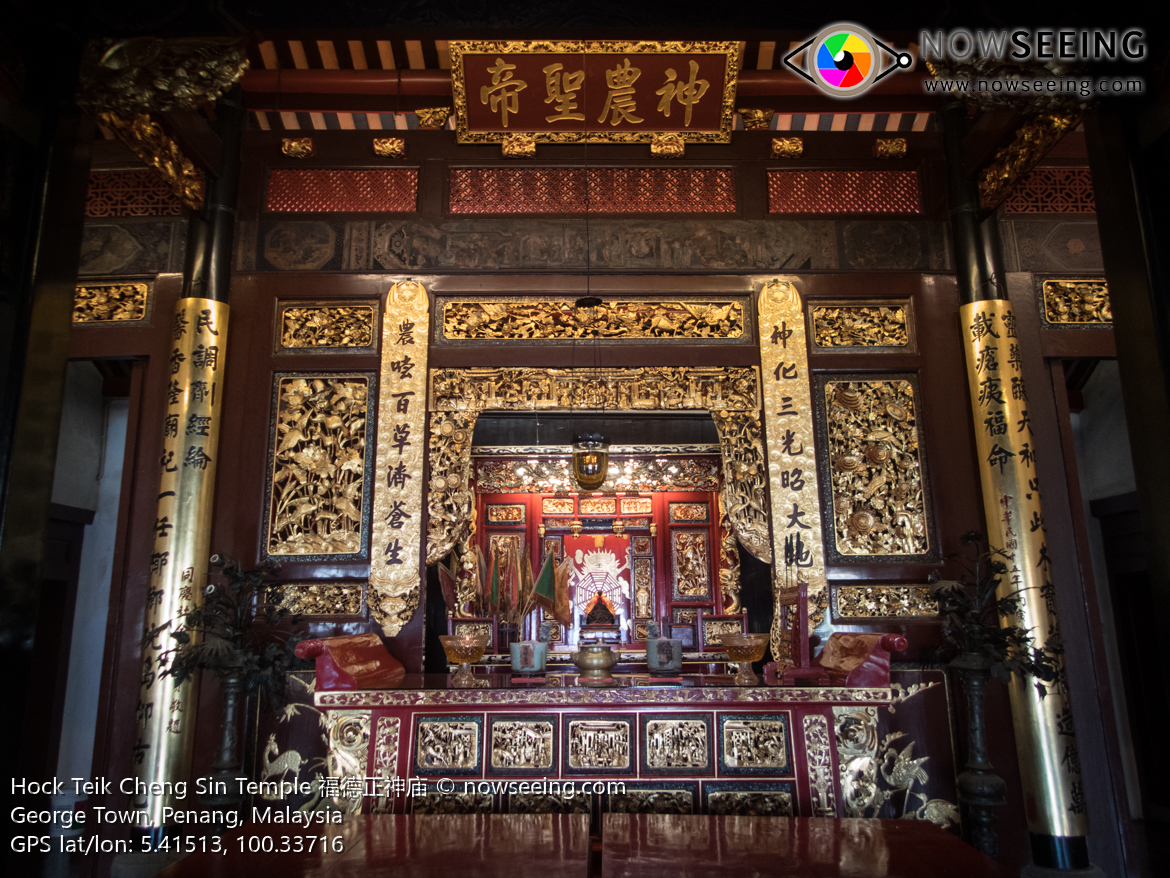 Tong Kheng Seah worships the Deity of Agriculture with an honorific title of "Sin Long Siang Tay" or simply "Shen Nong". He was an ancient king and got the people to practice land cultivation and hence an agricultural civilization developed. At the same time, herbal medicine and trading were also introduced by him. He is also known as "God of Medicine" because he tested out the medicinal properties of all herbs. 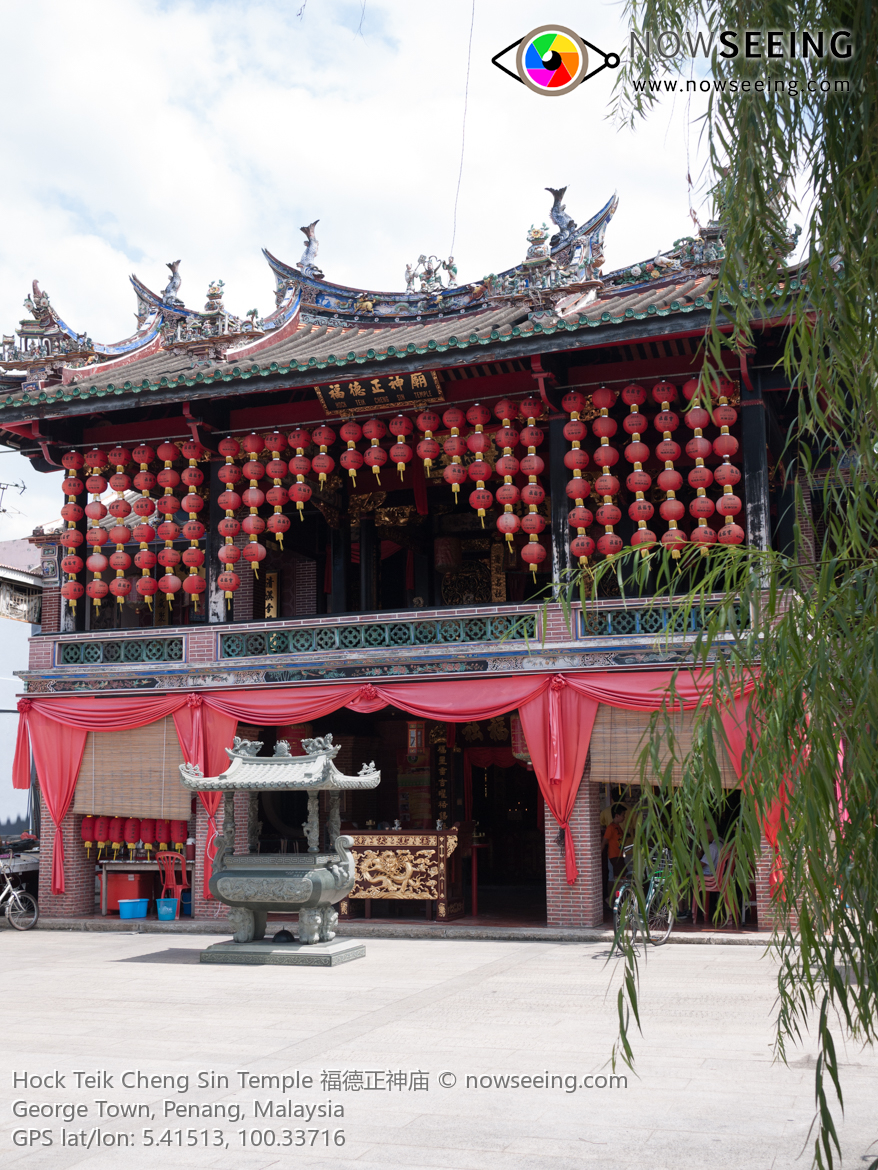 Today, the Hock Teik Cheng Sin Temple stands as a permanent reminder of the progress achieved by the Penang Chinese Hokkien community. 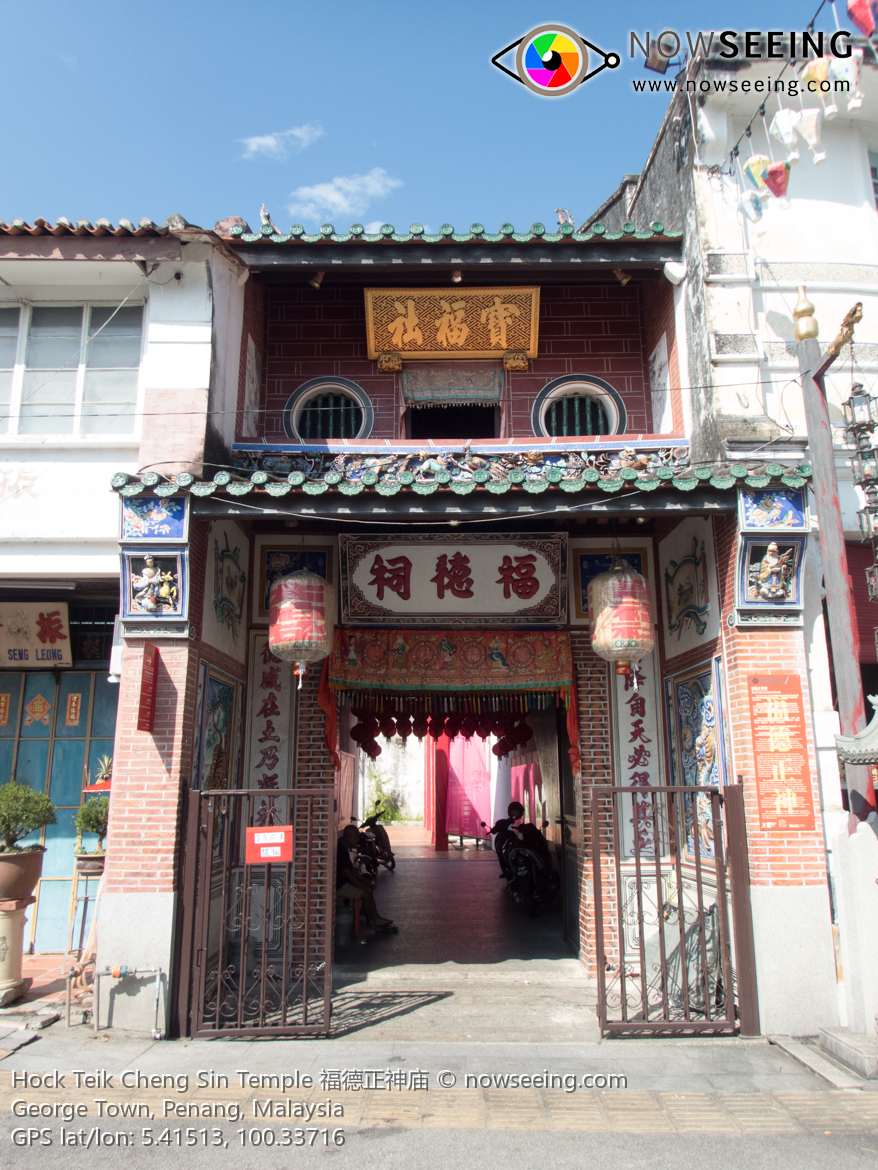 Each time when we are in George Town, if time allows, we will stop by this temple. The entrance looks small but you will be surprised with large compound and the unique double-storey temple in there. The temple is well-maintained with clean environment. Staffs are friendly as well and they are more than happy to help answering your questions regarding this temple. Joss stick is available at RM3.00 per pack. 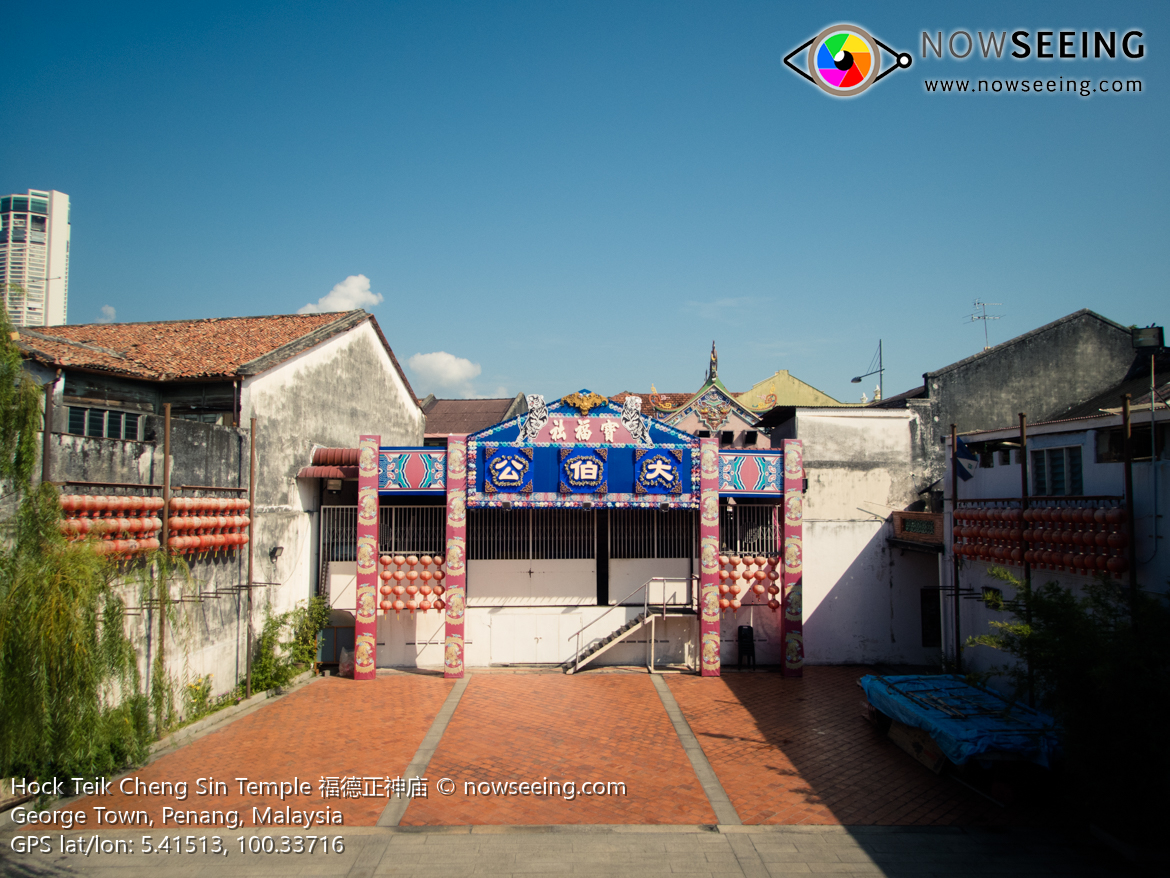 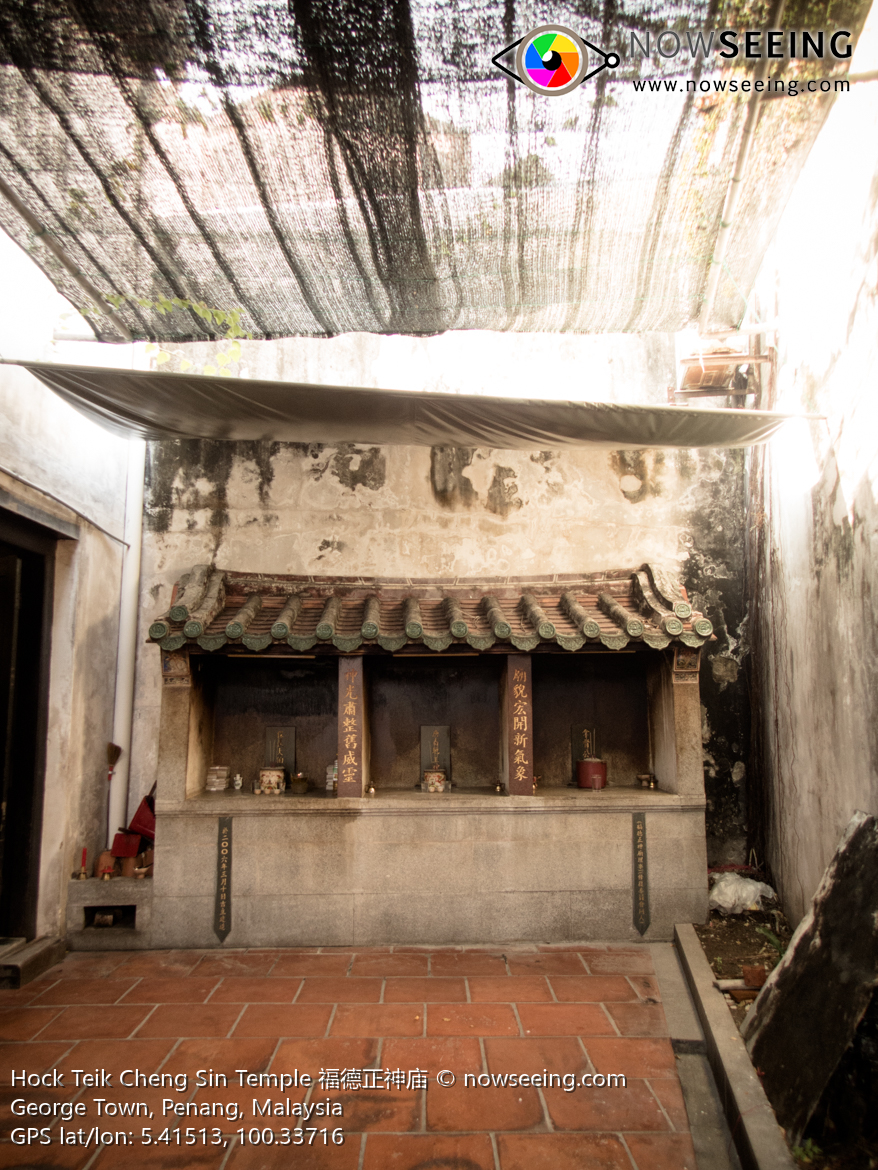 NOW SEEING is a non-profit personal blog written and managed by individuals. It does not in any way associate with or own by any company or association, including hotel, travel agent, shop and restaurant. The content is based on personal experience and preference. It can only work as a reference for readers at its best. NOW SEEING does not responsible for any unforeseen event encountered by readers during their visit to respective point of interest. We, however, encourage readers to share their experience, regardless positive or negative one, through NOW SEEING.

Unless otherwise stated, all photos in NOW SEEING are copyrighted. If you would like to reuse them in other social media/platform/website, please acknowledge the owner (nowseeing.com) by providing a backlink to nowseeing.com. Failure to do so may result your profile/company/website being reported to relevant body.

Information is valid as of each post is written and may change without prior notice. Please contact the hotel/restaurant/shop/travel agent directly for latest information or reservation.